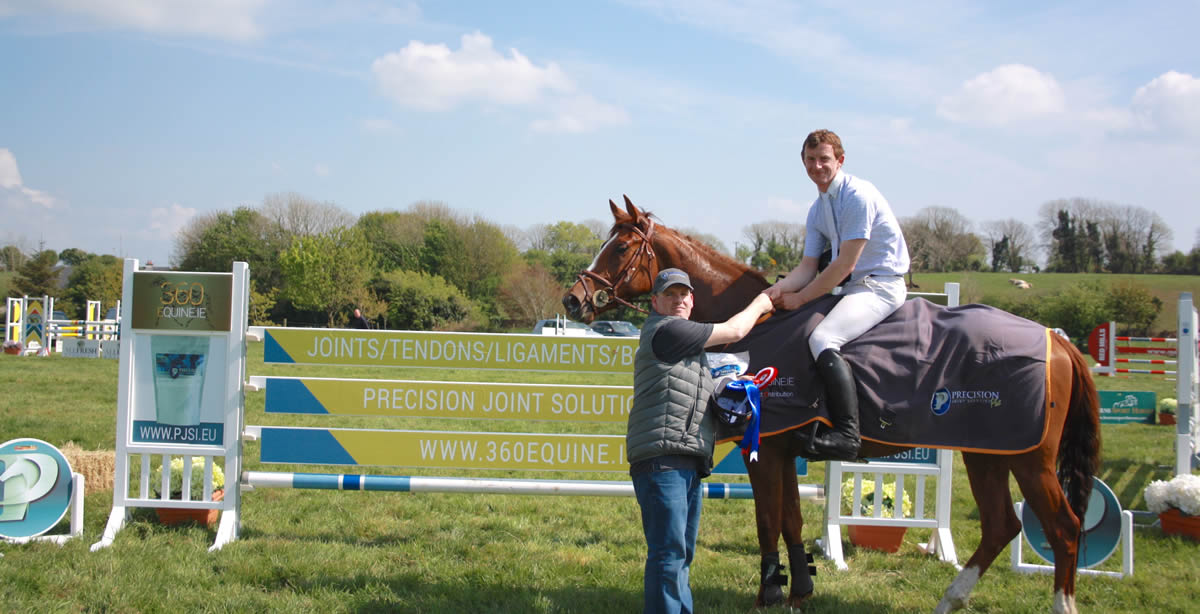 Paddy O Donnell being presented with first and second place in the opening leg of the “360Equine.ie –  Precision Joint Solution Plus” 1.20m league at Ballylawn Show by Tim Murray, Managing Partner of 360 Equine.

Action in the 1.20M 360 Equine Precision Joint Solution plus league got underway at Ballylawn Show, on the lands of numerous times Munster and National champion Francis Connors on Monday 1st of May.

Action in the 1.20M 360 Equine Precision joint Solution plus league moves down to Co Kerry for the Kingdom County Fair on Sunday 7th before moving back to Co Waterford again on May 21st for Aglish Charity Gymkhana.
Editorial and Photo Michael Flynn