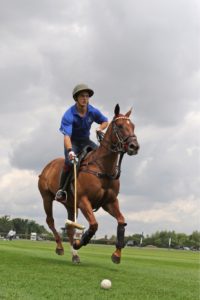 Richard Le Poer, Earl of Tyrone, is a 5th generation polo player, Captain of the Irish Polo team and Chairman of the Polo Players Association (PPA).
Richard learnt to play polo with the Berkeley Branch of The Pony Club when he was eight years old in the United Kingdom. He plays off an outdoor handicap of 5 goals and aspires to match the highest ever handicap for a British player since the war which is 8 goals.

“I am absolutely delighted to be made a Precision Joint Solution Plus ambassador. I think it is a product that makes a massive difference to equine athletes and would recommend it to absolutely anyone who trains horses for competition.”

Richard is an experienced arena polo player and plays off an arena handicap of 8 goals. He recently won The Nationals tournament with the team 4Quarters. During the winter, This year he has been playing in Mumbai, India.

Richard is acclaimed trainer and horseman. He sources his bloodstock in Ireland by selecting young thoroughbreds bred for racing. In 2016 he won the prize, Retraining of Racehorses Young Polo Pony Producer of the Year. He also won best 4 year old mare 2017.

This upcoming polo season in 2018 Richard has been contracted to play with HB polo team. His yard is based between Curraghmore Estate in county Waterford
Ireland and Winkfield Park in Berkshire UK.

He produces his horses to mount himself to play professionally and to sell into the
market. 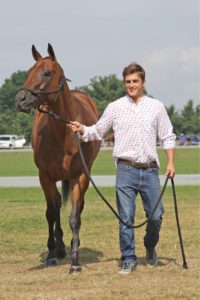